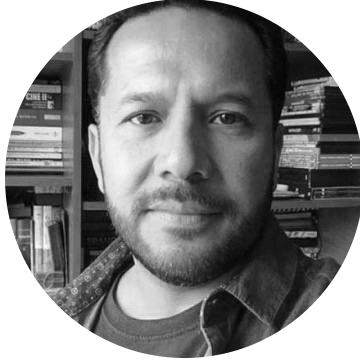 Genaro, Darío’s septuagenarian father, has locked himself in the bathroom of his house for no apparent reason. When he receives a call from Inés, the lady who does the cleaning at his father’s house, Darío and Elena, his wife, rush to the rescue. Darío must overcome the eccentric situation and his personal difficulties to convince Genaro to leave the bathroom. The hours pass, the tension builds and there is only one way to open the door: to heal the wounds of the past. «The order of things» is a moving story told with humor and sensitivity, where the son becomes the father and the father the son, as a strategy to open the door to the questions that nestle in this primordial bond.

The bogotan, Erik Leyton Arias is a playwright, film and television director, university professor, fiction, documentary and animation scriptwriter, scriptwriter for television, webseries, advertising and other audiovisual works. He is currently a professor in the Masters in Creative Writing at the National University of Colombia in the areas of fiction scriptwriting and dramaturgy. He completed two master’s degrees in Spain, one in screenwriting and the other in theatre and film studies. D. in Theory and History of the Arts from the University of Buenos Aires, Argentina.